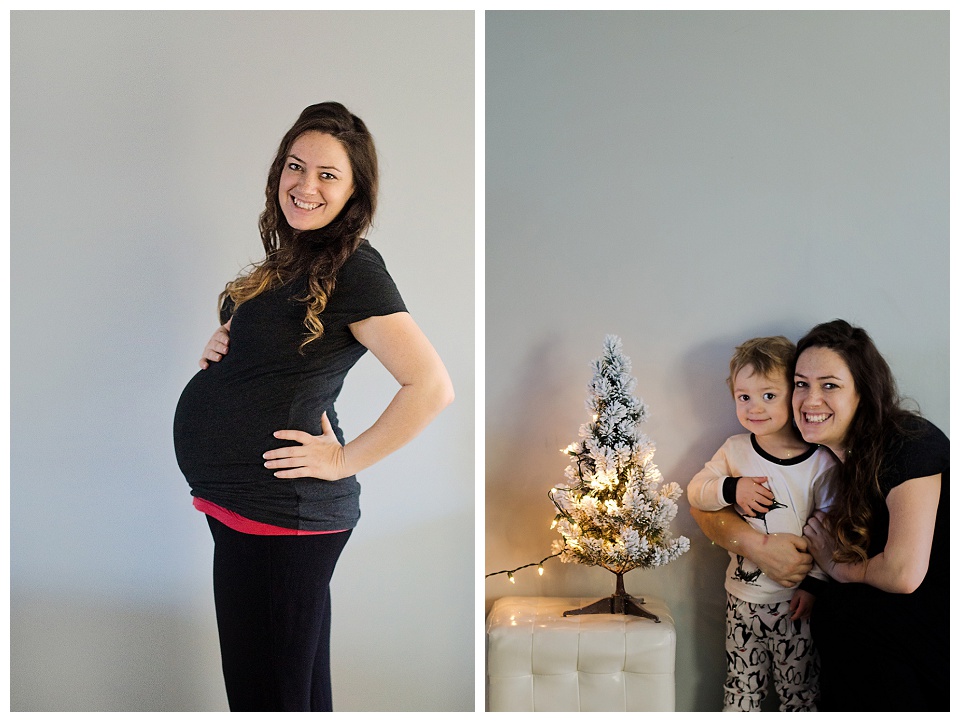 I can’t believe how quickly the weeks are passing! I haven’t even managed to get my 20 week update finished so I can post it and here I am writing about 21 weeks! Not much is new in the preggo department. I’ve been busy making preparations for Christmas and doing what I can to have it all together when the day is upon us. After the disaster that was the previous puke-filled week, this week has been glorious!  The symptoms I’m having are mild and manageable, it makes me want to fully indulge in this second trimester. I keep trying to remember what it was like last time at this point in my pregnancy. Was I this un-miserable? When does it get miserable again? Perhaps I shouldn’t think about that just yet.

Here’s something I can talk about. Names! With Miles I was scared to just grab onto the first name I liked and go with it. I was worried I would pick too early then look silly if I changed it, or say it too often before he was born and be sick of it by the time he arrived. Plus, we just didn’t feel certain about it until he was here. This time, although my list of potential boy names is very long, mostly because I hadn’t found any I just love and so I have filled my list with “hmmm… maybe?” names. Well Steven and I still aren’t certain but we seem to have both jumped right onto one of the names and the more I think about it the more it just feels right. We’re still not making it official and reserve the right to change it at any time, lol, but right now we’re about 90% sure we will go with the first name “Finn”. I also like the variation “Finley” and call him “Finn,” but we aren’t really sure about that one. We’re also completely unsure about middle names. We have a couple other names that we haven’t taken off the table just yet, but I find myself wanting to tell Steven “Finn is kicking!” without even thinking about it. So we’ll see. I won’t be sewing it onto any blankets or anything yet, but it has sort of nestled itself into my brain now.

Another exciting development this week… my sister-in-law announced that she is also expecting!! She is due at the end of July and I am crazy excited for her and my brother and their (growing) family! Last time I was pregnant I was surrounded by other pregnant ladies and this time I was starting to get lonely. Haha. I’m looking forward to sharing the experience with another so closely!

I don’t have anything more to say so I’ll move on to my facts and additional photos. I took my 21 week photos on Christmas Day, so I have some special additions to the photos this week.

Baby’s Size| Apparently the only comparison available this week is carrot, same as last time. Much like the nose on the snowman Miles and I made the other day!

Sleep | Now that we’re over the bug, sleep has settled into something enjoyable and fairly predictable. I’ll take it!

Cravings | Same as it has been. I’m boring this week. No, wait!!! I’ve been downing peppermint mochas! But that might have more to do with this holiday season. Nothing says Christmas to me like a Starbucks Peppermint mocha. Oh, and Jesus… of course.

Food Aversions |  Can’t say that I have any… unless you suggest something and I’m like “UGH!”

Symptoms | They haven’t been too bad. Just overall sore, achy, stretchy and heavy. I’m beginning to really think about my decision to sit on the floor. Do I really want to have to put in the extra effort to stand up later?

Doctor’s Appointment | I still have a few weeks until another appointment. I’m terrified for my glucose test thing. Pray for me. I reallllly don’t want to have to come back in for the 3 hour test the way I did with Miles.

Movement | Movements everywhere all the time! I freakingggg adore it. He’s kicking and flipping and dancing constantly. I can feel it often from the outside now so I’ll sit with my hand on my belly while we watch movies or when I’m trying to fall asleep. I might be wrong but I think he’s moving more than Miles did at this point.

Gender | This one won’t be changing so I might get rid of it. Or I’ll leave it and say things like how excited I am to see what kind of big brother Miles will be and what little boy things they will do together.

Best moment of the week | The best moment of this week was actually the whole weekend, getting to see my family and celebrate my dad’s birthday with him and finding out that my brother and sister-in-law will be having another baby! The thought of this growing gaggle of cousins makes me warm and fuzzy feeling.

What I miss | Walking up the stairs without wanting to pass out.

Christmas morning photos with my boys 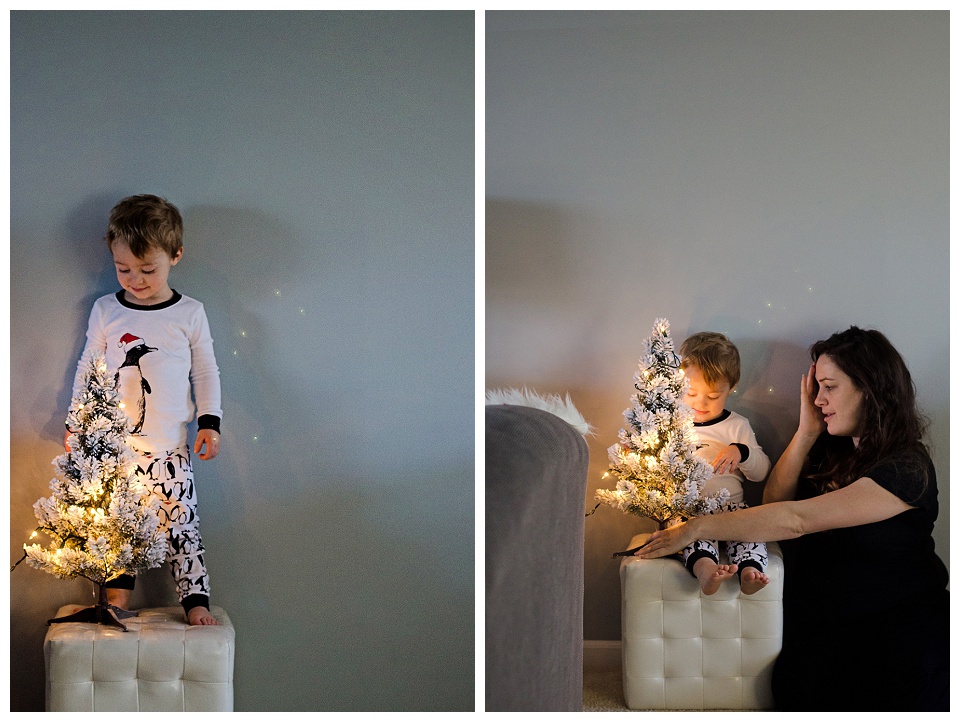 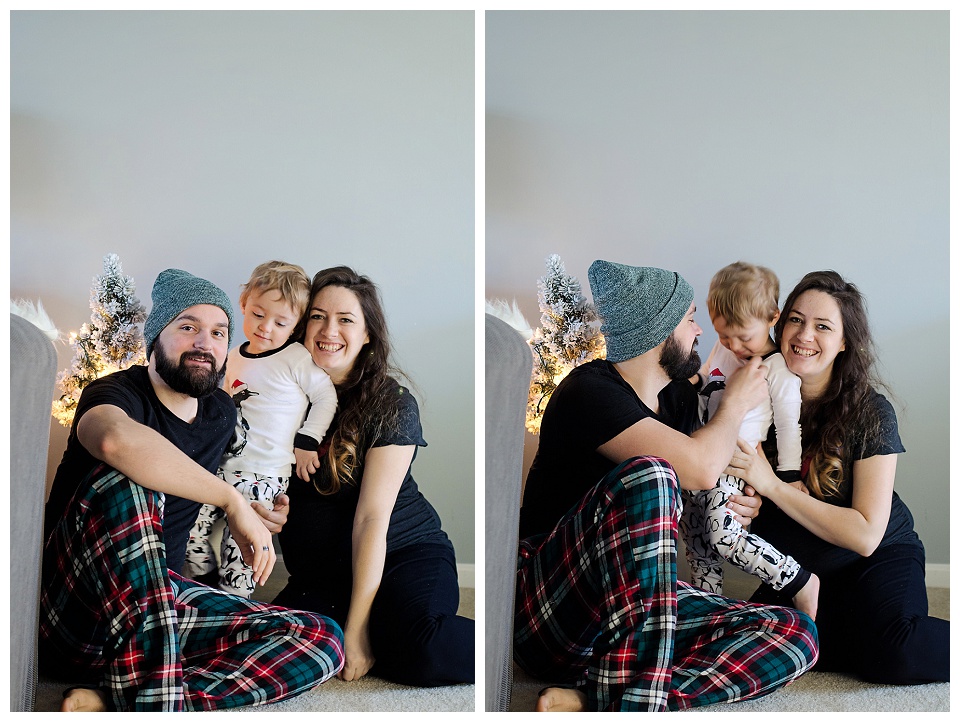