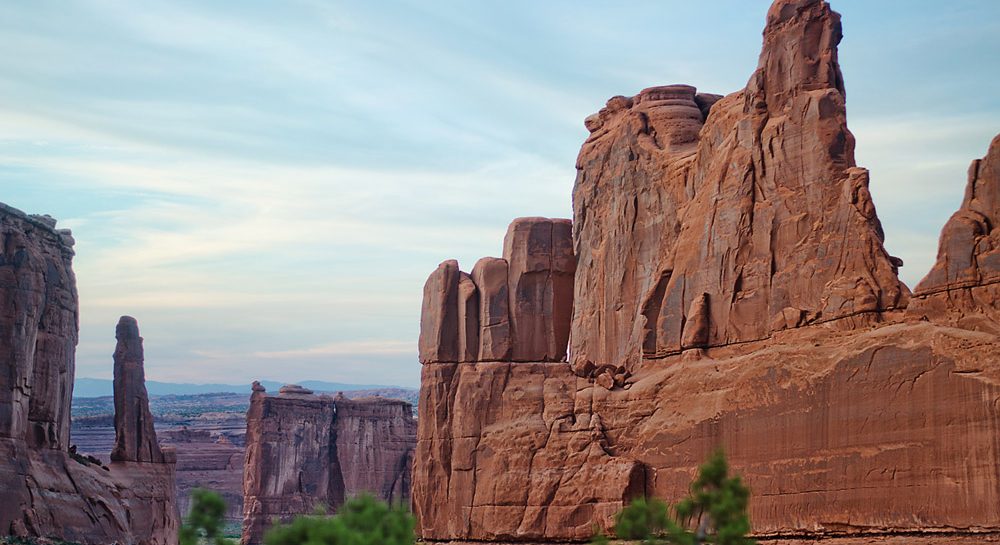 In the five years that Steven and I have been married, we have traveled once to Colorado with my family, once to Wisconsin to visit friends, once to Oklahoma and a few day trips to various destinations. Growing up, my parents cultivated a healthy appetite for road-trips. All things travel and adventure were encouraged. I had been craving an epic road-trip for a long time. It was gnawing at my soul. Thoughts of mountains, of waves, ocean, trees, the smell of pines, the heat of the desert… these thoughts made me ache with longing. It’s tough to make travel a priority when you have a growing family. You can’t help but feel a sense of guilt these days when you decide to take a week+ off from work or tell your clients you won’t be there for them. But I believe it is crucial to our health in every way.

This trip was everything I could have hoped it would be. We saw things we had never seen, we had experiences we couldn’t have imagined and we made memories we’ll keep forever. My craving was completely satisfied. I miss it now, it was over too soon, but I returned renewed. I breathed in the mountain/ocean/pine-scented air and it’s still fueling my body and mind until we can go again. I am forever grateful for the opportunity and I plan to re-live these moments quite a bit until the next time.

We left late Friday night so we could get a huge chunk of the driving done during the night while the boys slept. The plan was to take turns sleeping/driving, but I was way too excited for that. I think I only got about 30 minutes of sleep in 40 hours (wouldn’t recommend it, lol.)

The first “moment” we had was in the middle of Kansas. We were a few hours into our journey when Steven says “Wow! Look at all those lights!” and I looked ahead and there were magenta blinking lights as far as the eye could see, dotting the horizon, small, but growing larger and brighter. We soon realized they were the lights on the tops of the giant windmills that went on for miles!!! It was amazing! This was right about the time we switched and I took my first turn as driver. The boys were all sleeping, I turned on my music and gazed out over the blinking lights, watching the shadowy forms of the giant windmills passing us as we flew down the highway going 80+.  I felt the rush of adventure and we were still in Kansas!

We reached Colorado by early morning, which was a great perk to having decided to leave the night before. Seeing the mountains again, for me, was like catching up with an old friend. I just soaked in the views as much as I could as we drove west on 70 through the Rockies.

We stopped in Eagle, CO for a late lunch. I used a few apps on my phone (Yelp and Trip Advisor, mostly) to find intriguing local places to eat along our route. Here we found a little sandwich shop downtown called Red Canyon Cafe and it did not disappoint. It was such a quaint little town and it was great to take a break and enjoy our surroundings. The people at the shop were very friendly and the food was yummy. Watching all the adventure types who came in for lunch, parking their bikes or lugging their backpacks made me think it would be fun to get in shape and come back to the area for more immersive adventures. After we ate, we drove to the rest stop in town and laid out in the grass and let the boys get some fresh air. Miles threw rocks into the Eagle River. Finn soaked up some vitamin D. Then we loaded ourselves back into the car, rejuvenated and ready for driving.

Soon after leaving Eagle, we passed through one of the many mountain tunnels (which Miles adored, by the way), as we emerged we were surrounded by the towering cliffs of the Rocky Mountains. We hugged the walls of the mountains and looked out over the Colorado river as we wound through the majestic peaks. The steep, rocky canyons turned slowly into more desolate, dry terrain.

We decided it would be a good idea to stop by Arches National Park in Moab, UT since would be less than an hour away and neither of us had ever visited there before. By my calculations we would arrive right before sunset and this photographer brain was excited about that. The drive south to the park was pretty flat and you might even call it boring, except that the light and weather were both gorgeous, so we rolled the windows down, turned the music up, and lived the moment. I now remember it as one of my favorites of the trip.

Driving around a corner and nearing the park entrance we were beginning to wonder where the “stuff” was since all we’d seen were some standard desert rocks. All of a sudden, upon entering the park, we were surrounded by red cliffs as we drove the road up the side of the mountain. It was clear to us when we reached the first scenic overlook that we were not prepared for the majesty of the park. We were also right about how the light would play with the rock formations at that time of day. We watched the sun set over the first viewpoint and decided there was just enough light to continue along the road so we could see a bit more of the park and still have time to turn around and get back the main road before dark. That was when another moment hit me straight in the eyes. I glanced to my right out the window to check out the formations of rock on that side and there was the moon, huge and peeking at me through an arch in the rocks. I couldn’t help the gasp of awe that escaped from my mouth. It was incredible! So there was another amazing roadtrip moment… driving through the park with the sunset on one side and the moonrise on the other, the cool air breezing past our open windows and the light changing before our eyes.

The drive from Moab to Orem was one of the darkest parts of the trip, both literally and figuratively. We still had a few hours of driving ahead of us by the time we left Moab and it had turned dark. The moon was full and provided some extra illumination, but the last hour or two before we arrived we had to drive through the mountains in the dark and we were both exhausted. At one point while I was on drive duty, I was watching the lines in the road ahead, glowing from the light of our headlights. They were curving back and forth hypnotically as we wove through the mountains. I found myself in a half-sleep state with my eyes still open. That’s when I knew I had to pull over and wake Steven up so he could finish up. He was tired, too, but we kept each other awake and made it to Orem on prayers. I got to hug my best friend and settle down for some much-needed sleep.

The next day we took it easy and let the kids play together and Lizzy and I were able to take a mom-date to Target where we indulged in some Starbucks and shopping. It was a great little break. We had a ton of fun times with her family and I’m so happy we had the chance to visit them! Any time we get Miles and Natalia together (and Steven and Mike ;)  ) we’re sure to make some hilarious memories. I loved every moment I got to spend with Lizzy, prepping our snacks together for the next leg of the trip and just catching up on life. We decided to leave that night since we’d determined the night driving was a great advantage when you have two small children (as long as you’ve caught up on some sleep.)

Now head over to Maiden Voyage | Part 2 – Tahoe to Arcata to read more about our awesome trip!