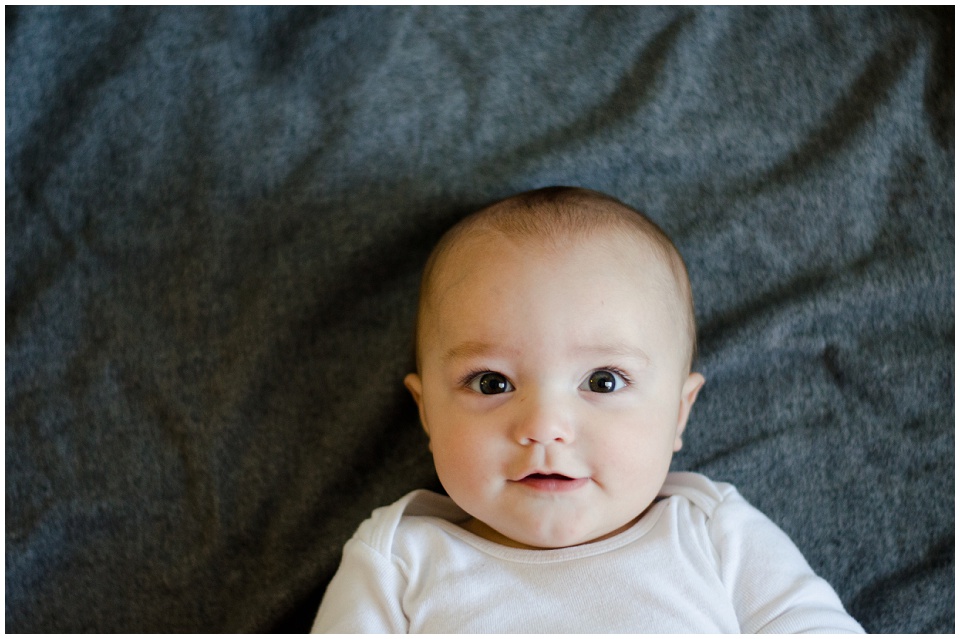 The day Finn turned 7 months old he officially started crawling! Now I can’t keep him in one place long enough to snap up his onesie! Just a few days before he was officially on the move he pulled himself up on the couch a couple times.

This month Finn spent most of his time trying to grab and eat everything within sight, practicing all the pre-crawl moves like a champ and having his first taste of solid foods! His Dr recommended that we try baby led weaning and I’ve attempted something that is a mix between that and the traditional approach. I will give him spoonfuls of purees here and there and other times I’ll just give him some small bits of banana or avocado. I’ll either put it in this Boon feeder (which I’ve come to adore) or I’ll just put some tiny chunks on his high chair tray and let him go to town. He really seems to enjoy food. I’ve been a little slow in introducing foods to him, but I have a feeling that he’ll take to a variety of flavors. In fact he’s “introduced” several flavors all on his own. He managed to snag some Feta cheese one night and I’ve caught him sucking on Miles’ old toast crusts a couple different times. His recent mobility means he has even more opportunity to find hidden “snacks” that Miles has conveniently left in the most obscure places. It’s a daily adventure.

Finn has been growing like crazy as always. He’s officially out of all 6 month clothes. He has been wearing 9-12 month jammies and such for awhile but I was forcing a few more weeks out of the 6 month onesies because I have a bunch of cute ones.

He loves to watch brother and you can just tell that he wants to do everything he does. He’s had bouts with teething several times, but they’re stubborn so he hasn’t cut any just yet. I think we’re both anxious for that to finally happen. His sleeping habits have regressed, whether because of the teething or my lack of consistency, who knows. I still find a way to get the sleep I need, so no real complaints otherwise.

He’s chunky, brilliant, adorable, and more. I think that’s good for now. See you next month my peeps! 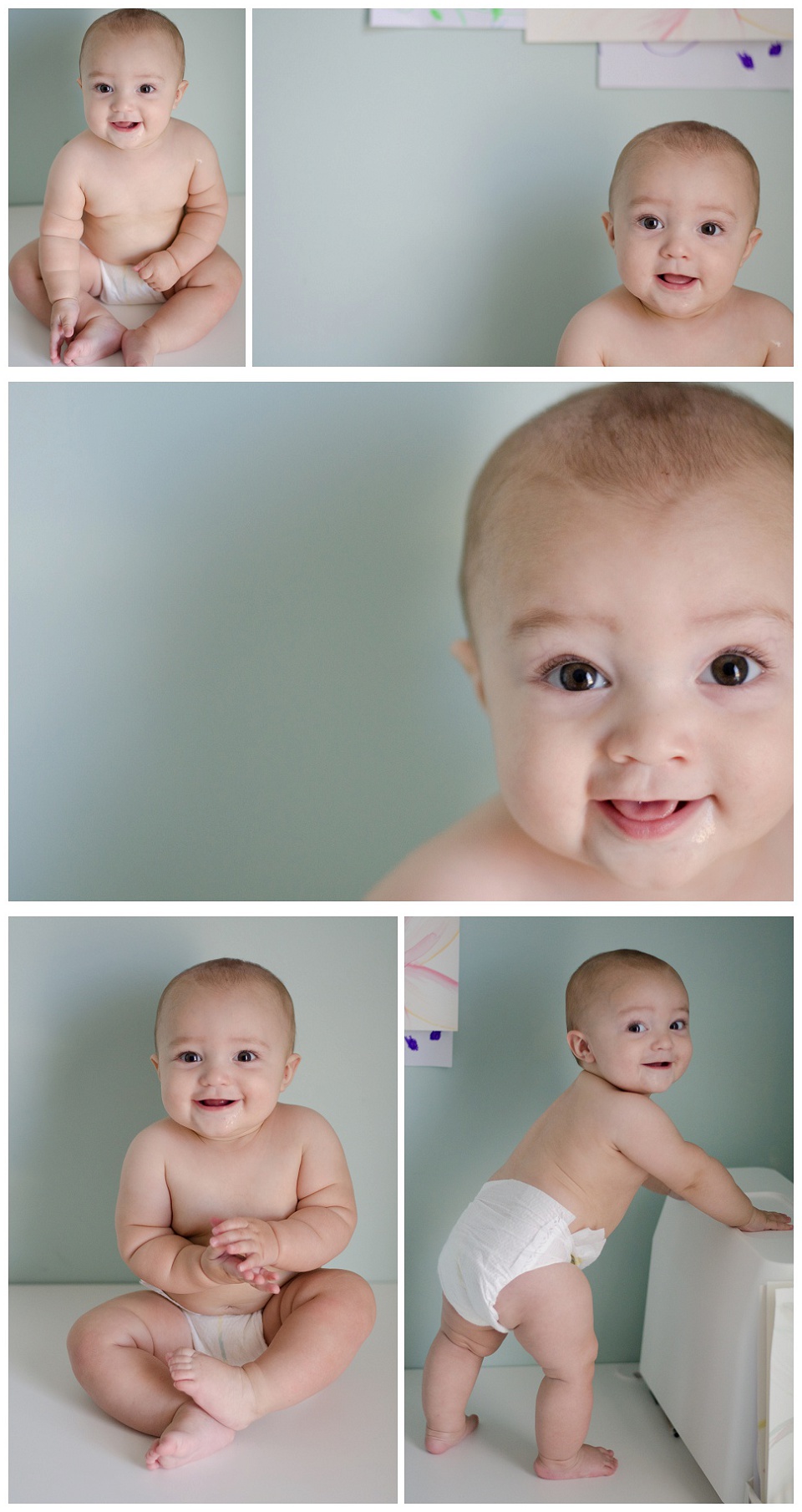