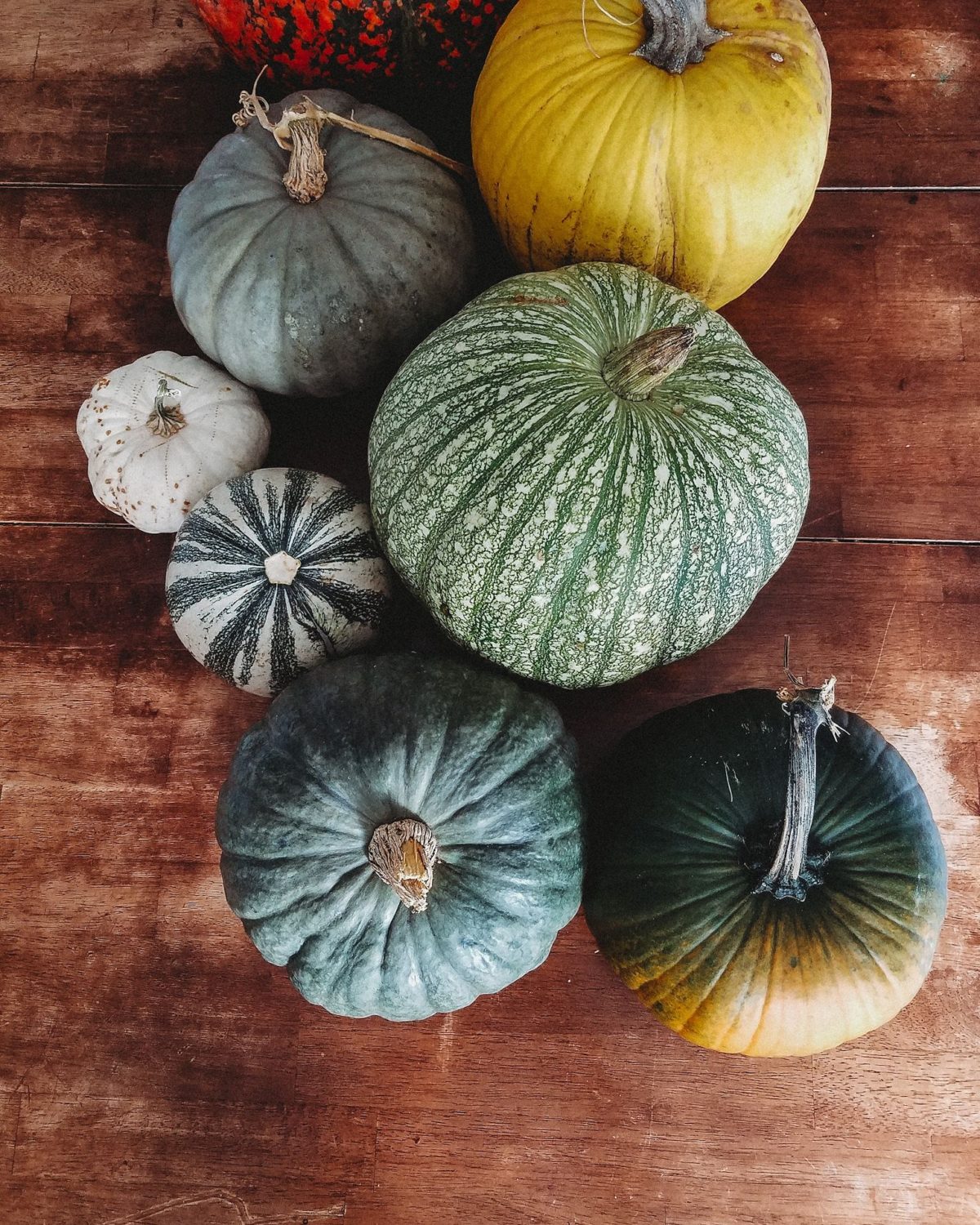 In late October we visited Schaake’s Pumpkin Patch near Lawrence, KS. I love their selection of pumpkins, which includes many unique colors and patterns. It has been our favorite for a number of years now. This year we invited Steven’s parents to join us for the traditional patch perusal and pumpkin picking.  We tromped among the mess of autumn offerings, our eyes lighting up with each glace of a gourd peeking out from the tangled vines. When a specimen would strike our fancy we would haul it to “the pile” – a growing collection of greens, oranges, yellows, and grays. Our party narrowed our selection down to several favorites, weighed and paid for our pumpkins, took a moment to enjoy the provided amusements, then headed to our cars to divvy up our treasures. There we began to sort them, to ensure they were sent to their intended home.  We were left, however, with one final straggler, colored an intriguing shade of dark green color and burnished with a burst of orange. None of us could recall who had snagged this one, but it appealed to my eyeballs, so I laid claim and added it to our bunch.

At home it was given a spot on the porch with the other chosen porch pumpkins. The kids began asking frequently to peek outside the door to have a look at their beloved pumpkins. Our little green and orange friend became fondly referred to as “The Mystery Pumpkin.” In hushed tones of wonderment they would proclaim “Mom, look! The mystery pumpkin!” while patting it’s two-toned top. With grubby hands typical of boys their age they would brush it’s surface, spiriting away some of it’s magic and imparting to it a bit of their own.