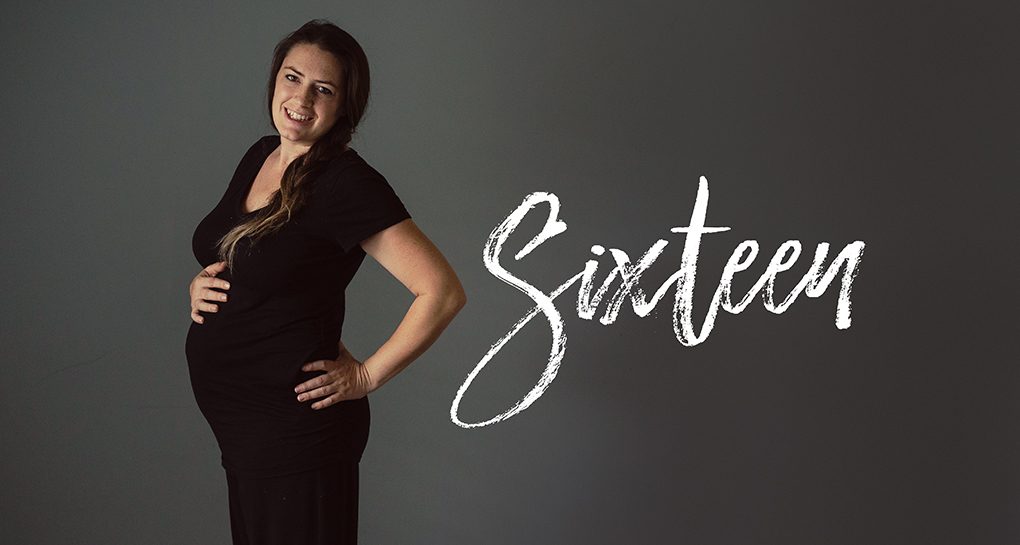 I looked back at my last pregnancy just now and realized I started documenting at 17 weeks. I thought I was behind, so that made me feel better about myself.

Starting this process near the start of the 2nd trimester is most definitely due to the fact that I’ve finally started to emerge from the fog of the last three months. It has nothing to do with the presence of a belly, considering my body got the memo right away. “Oh, you’re pregnant?! I remember what I’m supposed to do… here let’s just jump to looking 20 weeks pregnant and add some extra cushion on your hips while we’re at it.”

The first trimester was about what you would expect, lots of exhaustion, constant nausea, the works. I would (and still often do) wake up feeling pretty good, but slowly decline throughout the day. By dinnertime I’m a wreck. With the exception of a few highlights, the last few months have been a foggy blur of survival. In June I flew to Tahoe for my sister’s baby shower and managed to hike around the stunning landscape to take her maternity photos and that felt like a miracle. It was one of the standout things I actually remember from this time because it was so epic, how could I not? I also remember the day 3/4 of us came down with a gruesome stomach bug. At first it didn’t feel much different, but it was soon clear I was dealing with more than the usual nausea. This was also a miracle, that I survived it. The rest of the summer… who knows what happened. Lots of Netflix. Plus, I need to shout-out to my amazing husband because he was fantastic and supportive. Completely full of understanding during this time. He cooked lots, he took up the slack, and frequently distracted the kiddos so I could have a nap/shower/break. He was super swell.

Right now I’m feeling pretty good. I sometimes wake up feeling like I’m back in the first trimester, but most days I have increased energy and a bit less nausea. I still struggle to find food that sounds good to eat, but when I do I actually eat it all now. To make this easy, let’s just whip out this handy dandy survey list thing again, shall we?

Sleep | It hasn’t been too bad until this week. Twice I woke up early and couldn’t get back to sleep. The worst part really is just that I need to eat right away to avoid feeling sick and if I wake up at 5, I try to go back to sleep. Then, if it takes too long I start to feel super awful. I have crazy dreams. Finn sleeps through the night just fine but he’s had trouble having consistent naps and that affects things, especially on the tough days.

Clothes | A friend shared a great deal on some Motherhood Maternity shirts online so I bought 3 of those and my hubby spoiled me with some decadently soft PJs from Soma. I still have  decent amount of clothes from my previous pregnancies that fit just fine, so I think I’m set. I have cuter fall items, so I’m looking forward to the cooler weather.

Cravings | The strongest and most consistent cravings have been tomatoes, peaches, sriracha, roasted vegetables, salad, eggs, and especially HOT AND SOUR SOUP FROM FORTUNE WOK! When I finally got it, it tasted as amazing as I imagined.

Food Aversions | Pizza. I know, that sounds so wrong. EVERYONE likes pizza. But not this pregnant lady. I’ve had it from maybe 8 different places and every time I have to force it down.

Doctor’s Appointment | I’ve had 2 so far at 12 and 16 weeks. We have the next one scheduled in two weeks and we’ll have our ultrasound and find out the sex!

Movement | Nothing yet. Or I just have so much going on around me I can’t notice them.

Belly Button | This shouldn’t even be one. I’m taking it away next week. Lame.

Best moment of the week | Having the 16 week appointment. My nephew was born earlier in the week. One day I ate a truck load of onion rings from BWW.

What I miss | Breathing normally when I walk up the stairs. I couldn’t tube at the lake a few weeks ago. :( Drinking caffeine if I want. All worth it.

Curious? Here are my updates from my first two pregnancies for this week…