This week has felt like a “middle week.” Nothing monumental seems to have changed. Things are changing just a little, I feel a little more legitimately pregnant, lol and my belly and hips are aching in every sort of barbaric way. I don’t want to jinx anything, but I have felt pretty good the last four days or so. I think after getting sick for the 20th time I might finally have a break. I’m still foggy in the brain lately and because of it I locked my keys in my car yesterday and am having so much trouble staying focused on anything. Yesterday I was forced to walk around for over 3 hours, grocery shopping and solving my keys/car problem so that wore me out and last night I was feeling a little sick again. Do you want to hear the full story? Here you go:

I decided to get my grocery shopping done early in the day since I had so much work to do at home. As I was getting into my car, I realized my phone was in my purse, but completely dead with no way to charge it. I didn’t want to go back inside just to wait for it to charge, so I took the chance and left anyway. After a trip to Starbucks I sat in the Walmart parking lot, eating my curds and whey with the car on and the music playing. Just as I turned the car off, I got a wave of nausea and worried I would get sick. I stopped a moment to breathe and pray the moment would pass, which is eventually did. I glanced beside me and noticed the car next me had their windows down just a bit and I thought that was a good idea. I then took special care to roll the windows down just enough that a good amount of air could cycle through, but a criminal’s arm couldn’t reach through.  I stepped out, locked my car and went on my merry way. After almost 2 long hours of shopping, I pushed my very full and heavy cart to the parking lot where I noticed what I had done and took a moment to appreciate the irony of rolling the windows down only just so far (and of not charging my cell phone). I’ll spare you some of the next few details since this is already becoming long-winded and boring. I basically found no help whatsoever from the customer service employees or even anyone in the automotive department and was forced to search the store for a long stick I could fit through my window. I eventually found a dowel rod that did the trick. It was one of many baby brain moments that day and I feel like the fog of hormones is still lingering today. 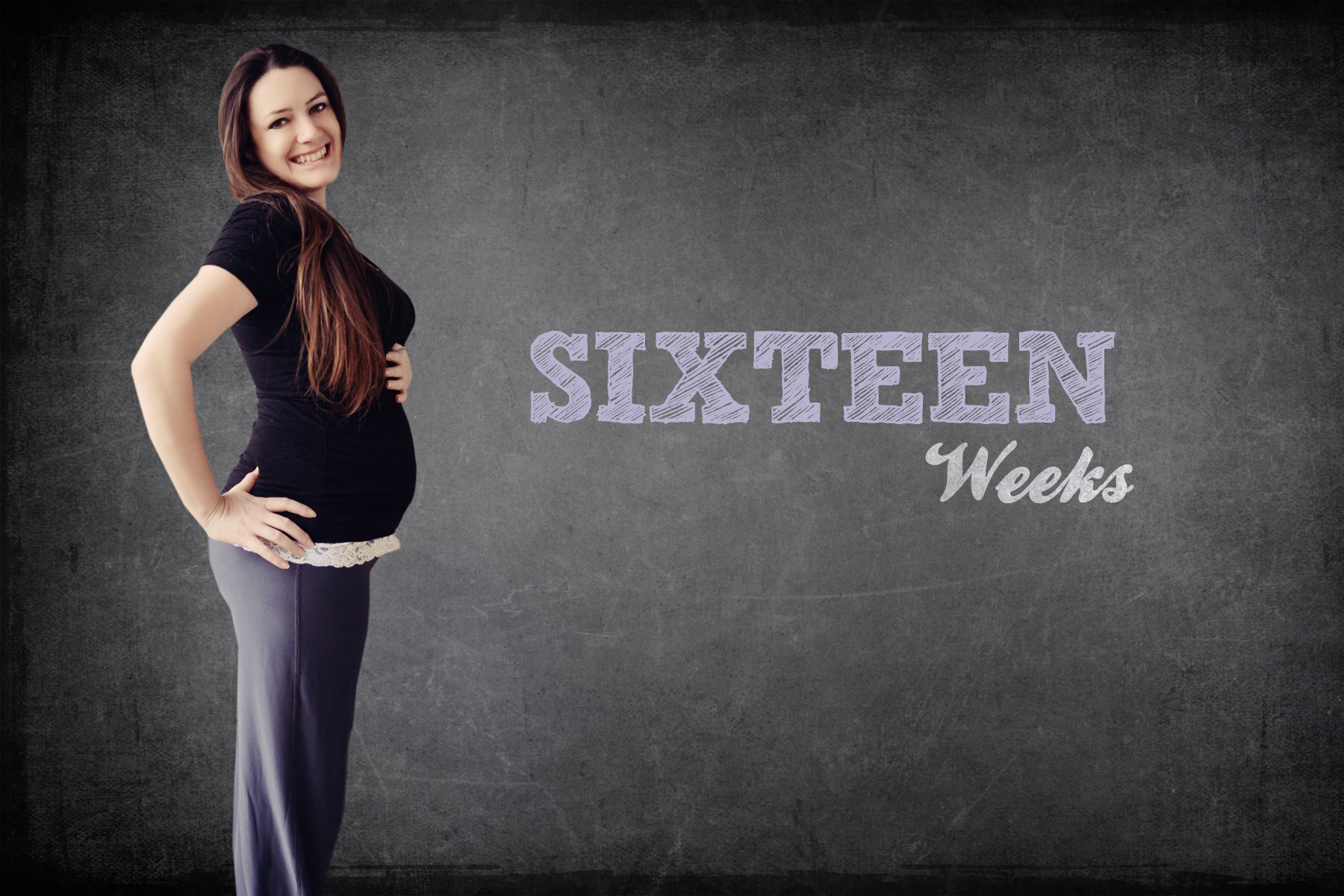 Baby’s Size | Avocado. Yum! I ate one yesterday and it was delicious.
How far along | 16 weeks
Sleep | I seem to be getting up even more to pee in the middle of the night. It’s driving Steven crazy. I also woke up at 3 a.m. a few night ago and had to make myself a bowl of malt-o-meal. I expect I will not be able to sleep through the night again for a few years.
Clothes | I actually shaved my legs and wore a skirt the other day! I also discovered I have a whole section of short-sleeve shirts in my closet with empire waists, so that is perfect for the  next few weeks. :)
Cravings | Yesterday I bought a bag of freeze-pops and last night I took the first frozen one out of the freezer and sighed with complete joy. I followed it with another and would have kept going except those two were the only ones that had frozen completely. I think I’ll be eating them all summer. I also keep eating Starbucks breakfast sandwiches and BLTs.
Food Aversions | Still struggling to find full meals that sound good, but Easter dinner was delicious and filling. I haven’t had the pleasure of feeling that full in a long time! I even ate one bite  of broccoli and didn’t die.
Symptoms | Lingering sickness in the evenings and my heart feels like a hummingbird sometimes, but the biggest thing has been the feelings in my belly and hips. I can feel things moving around stretching, bulging, creaking and popping with every movement and step.
Doctor’s Appointment | In a little over a week I’ll have my next appointment!
Movement | Nothing new. I’ve been super gassy, too so that makes it harder for me to distinguish the feelings in my belly.
Belly Button | Innie.
Gender | This is killing me. I feel like “4 weeks until we know” has been the answer forEVER.
Best moment of the week | Eating that freeze-pop. Lol. Actually no, it was when I got to see a bunch of my friends again during and after Easter service on Sunday. I haven’t seen them in weeks since I’ve felt so crappy and it was awesome to say hi and exchange hugs.
What I’m looking forward to | Finally emptying all the extra furniture from the guest room so I can start making it “Baby Room.”
What I miss | I smelled some non-alcoholic beer the other day trying to satisfying my inexplicable craving for alcoholic drinks. It didn’t work. I also really miss these deli-meat sandwiches I used to enjoy all the time.