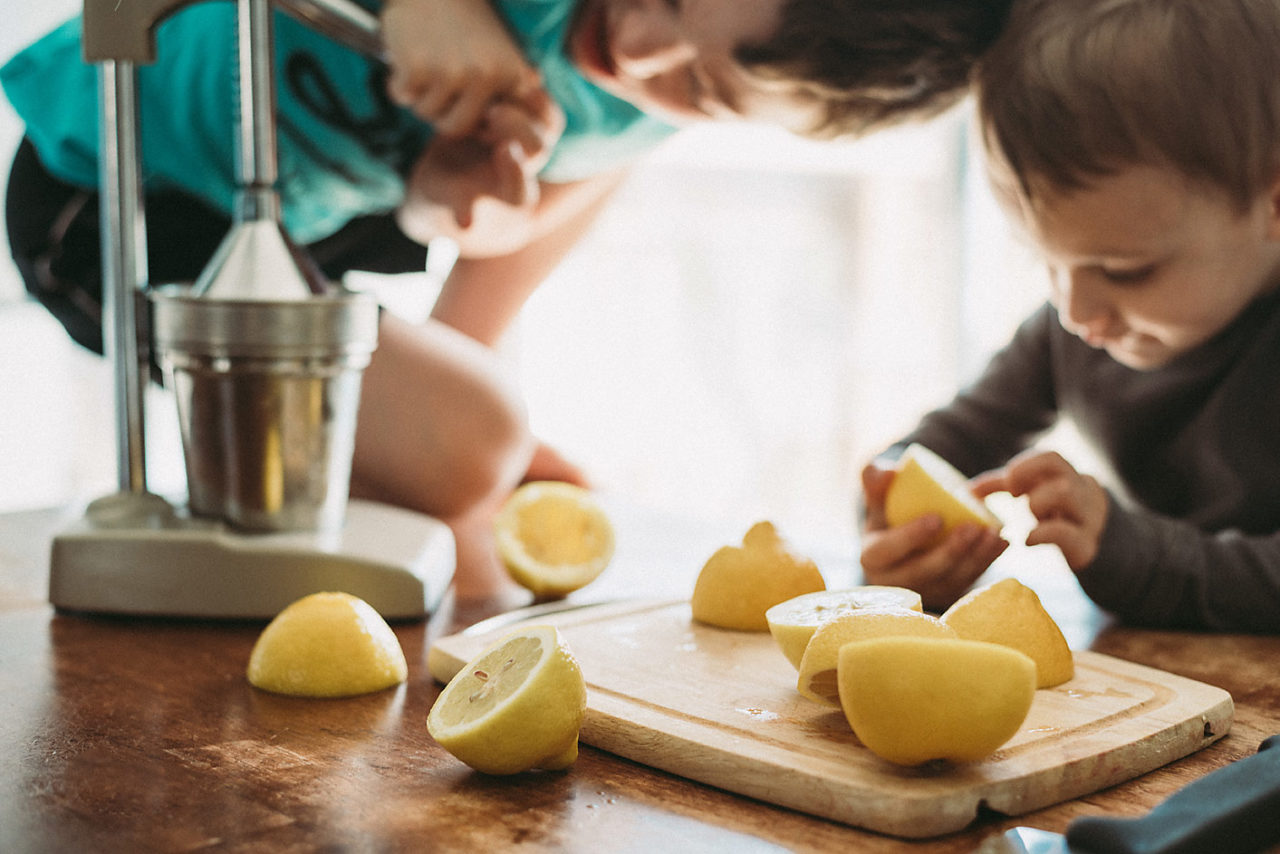 Ready for a boring story about my basement?

A few years ago I was on the hunt for a simple citrus juicer. I reached out to my mom about their old juicer they had since replaced with something new. They could no longer locate the older juicer so they offered me a manual juicer that had been sitting in the basement. I took it home, opened the box, and found myself overwhelmed. The parts needed a good cleaning and some dedicated analyzing before I could work out how it was supposed to be assembled. At the time I suppose it wasn’t at the forefront of my priorities, so I stashed the whole contraption in our own basement and there it sat for many months. Unused and misunderstood.

Fast forward to mid-March, when we bravely began to chip away at a system of order in the basement. With a recently assembled shelf screaming to be filled with my hoard of extra kitchen appliances (I’m a sucker for any “right tool for the job” and there are a lot of kitchen jobs out there), I came across this juicer once more. I was prepared to simply add it to the donate pile, but thought I should at least clean it up a bit and make sure it had all the parts. So upstairs to the kitchen it went to sit by my sink until I felt like washing it.

I assume it was some kind of whimsy that immediately called out to my sons. The allure of something shiny, maybe?
“What is THAT, mom!”
“You use it to squeeze juice out of lemons and oranges and things”.
The words had barely escaped my mouth when the pleading began and Miles opened the fridge with determined enthusiasm, looking for oranges (we didn’t have any) and lemons (also, no).

Then began the week-long game of “Mom, can we please make lemonade today? TODAY can we make it?” to which I always responded “Not today, we don’t have any lemons.” They tell you when life gives you lemons, make lemonade, but what is life doesn’t give you lemons!? Well, then you are forced to break the hearts of your little ones every day for a week until you can pick up a huge bag of lemons once you finally make it to the grocery store.

Once the lemons were in the house there was no stopping the inevitable making of lemonade. When I told Miles we could finally make lemonade he was beyond excited. “So,” he instructed me “you only need three ingredients: lemons, sugar, and water.” That’s when I knew he had this entirely under control.

With the exception of cutting the lemons I let them make their lemonade all by their ecstatic selves. The room was bright with bliss as they took turns squeezing out the juice, measuring out sugar and pouring water. It tasted good, too! I think it’s safe to say that juicer has earned its spot on the basement shelf and we’ll be putting it to use much more frequently from here on out.